This makes me so sad because America is so beautiful and I believe that everybody should feel safe enough to explore both nature and their cities at the pace of foot and bike traffic. You see more, you feel more, you get fitter and you connect better to your community.

The following is an email I wrote to Representative Ruben Gallego, here in Arizona. I love the outdoors, and I’d love to love my adopted city, but it’s a little hard when you’re afraid to walk out your front door for fear of being squashed by some idiot in a car. So, I do what I can without having to go march in the streets (which I feel is relatively ineffective).

Thank you for tackling the problem with pedestrian safety! I’m a walk/cycle kinda girl and these streets are insanely dangerous… and I’ve lived all over the country! I have three suggestions to add to your efforts:

1. Mandatory driver’s license renewal with a mandatory online refresher course with quiz. Mandatory license renewal is common practice in Idaho (where I’m from) and really helps with people’s driving skills. It affords the state the ability to generate revenue from renewal fees, to educate drivers on old and new traffic laws, and remind them that they must share the roads with pedestrians and cyclists and to give 3 feet of space when driving next to a pedestrian or cyclist. I think that, since we have a ton of drivers from all over the world, many don’t know the laws regarding sharing the road.

2. Slower speed limits. Drivers around here really need to SLOW DOWN! There are many times where I feel like I almost have to drive 90mph on the business loops just to keep up with traffic and it seems like, on the surface streets, it doesn’t matter what the posted speed limit is, everybody wants to do 60mph. And heaven help you if you just want to go the speed limit! I feel like, also, that slower speed limits may help with driver aggression.

3.Protected bike lanes are a MUST if we want safe streets. It’s not enough to simply toss a bike lane on the side of the road because DISTRACTED DRIVERS… and/or angry drivers…

I went on a bike-packing trip, from central Phoenix out to Lost Dutchman state park. The ride there was pretty rad, people were accomodating to us by giving us room, moving into the left lane and so on. During the ride back, however, as we were coming around Spartan Hill in East Mesa, we had a terrifying incident. It’s a pretty narrow/restricted section of the road and even though there’s a bike lane, the speed limit is too high, it’s too narrow and people were going too fast. Cars were whipping around us at 70mph and, even with that speed, there was one vehicle (there’s always one, amiright?) who just HAD to go faster than everybody else, and started honking about a half-mile down the road behind us. He continued honking, and, as he made his way around us, honked, flipped us the bird and then swerved to try to hit us with his boat trailer. He nearly succeeded, missing my partner by about 6″. He then sped off so we were unable to get his license plate number to call it in.

That’s just one incident in a sea of many stories I could tell about my terrifying walking/cycling adventures around the valley.

With Phoenix’s year round sun and 9 months of perfect weather, WHY ARE WE NOT LEADING THE COUNTRY in outdoor recreation & pedestrian culture?! We have a real opportunity to show the world what we’re made of here in my adopted city and we should be looking to Portland, Oregon & the Netherlands for inspiration & know-how. Let’s make the Valley of the Sun into a literal “Wattopia” (the imaginary perfect city for cyclists)!

And to all the businesses who fear the lightrail/walkability agenda… look at the statistics. Pedestrians spend more time and money in local shops than car-drivers do.

As somebody who’s had numerous friends and family close to me die in car crashes (mother & her two siblings & her father, a niece, 3 friends and several acquantances), walk-ability means more to me than most people will ever know. It’s always so strange to me that 3,287 deaths PER DAY happen from car crashes and nobody seems to bat an eye. We just get back in our cars and continue the cycle of insanity, believing bullshit paid for by the Koch brothers, meant to kill public transportation in order to pad their bottom line. At our expense.

I dream of a country where we feel more connected to each-other and to our planet. Where it’s easier to slow down and savor our cities, our public lands and each other. Where more people on bikes means fewer cars on the road & fewer traffic related deaths. I believe that if people felt safer walking and biking, more people would do it.

If you’d like to write to your representatives about creating a pedestrian & bicycle friendly city, check out the following government websites:
The Whitehouse
The House of Representatives
The Senate
Your State’s Legislature
And be sure to visit your county & city council websites too!

This concludes your armchair activism post for the day. Get out there and #exploreyourbackyard! 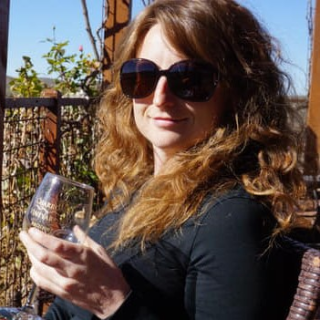 I eat plants & play outside. I'm a minimalist. I'm working on getting a grip on this whole life thing...